It's no secret that we enjoy some pizza. What you may not know is that Nate makes the BEST veggie pizza in the universe.

First, he made homemade tomato sauce with tomatoes and basil from our garden. It was some of the tastiest sauce I have ever had. The toppings also featured several veggies from our garden. This whole growing and cooking your own food thing is really getting to me in a major way. It's an indescribable feeling to eat something that you have planted and harvested. And then when you compost your leftovers, the cycle is complete. No waste!

Here he is assembling both pizzas 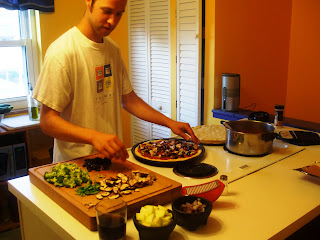 Ready for the oven (Sorry about the messiness of the stovetop - there's real cooking going on here, people! Spotless kitchens make me nervous and I wonder if there has actually been any cooking going on there.) 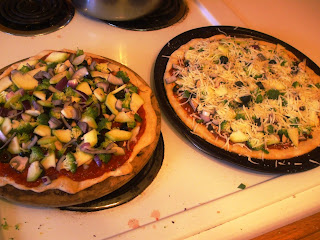 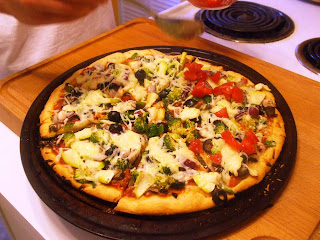 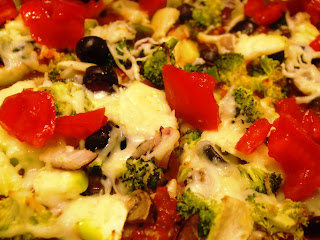 This one is from a different night, but it still qualifies. Fruit pizza can go a long way to make even a hard day seem a little easier. 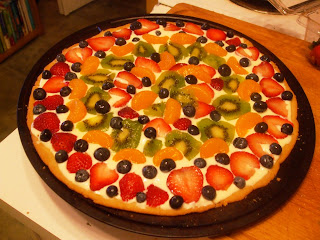 After 6.5 years together, I finally agreed to go camping. It's not that I don't like to camp, it's just that I've never been and couldn't really see myself as a camping type of gal. I thought it was time to give it a chance. If it's something that my man really enjoys, I can at least try it and share the experience with him. Whenever we're in nature together I get to see him in his element. I feel like a I get a special insider glimpse into what makes him who he is. It's pretty fabulous when you really think about it. (Also, he promised me all-you-can-eat s'mores!!!)

After rescheduling many times, we settled on the second weekend in August. As luck would have it, it was the hottest weekend of the year. We were troopers and headed out to Babbler State Park despite the heat.


Trying to pick the best campsite 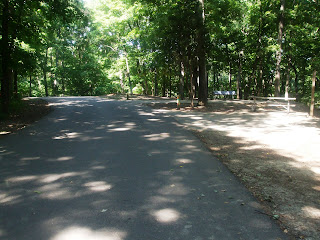 The view from the one we picked (Shout out campsite #64!) 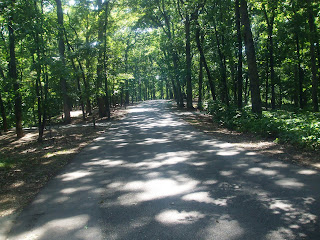 Our tent and chairs. I even helped assemble our tent. It was pretty exciting, let me tell you. 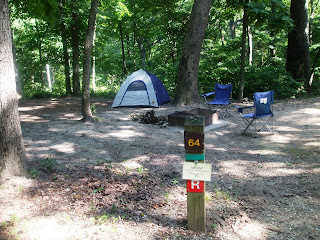 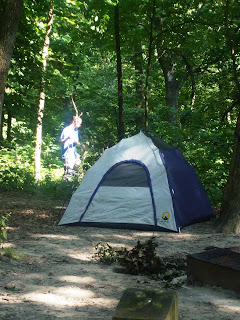 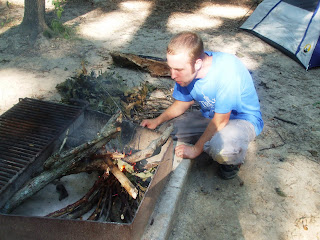 What you can't see in this picture is me asking over and over "can we make s'mores yet??" 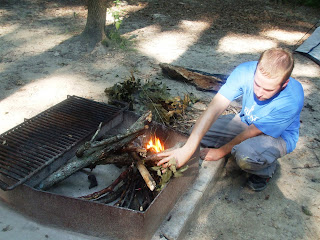 We did many camping type things. We sat in camping chairs and read. We took our little dog on a stroll down our lane. We chatted with our neighboring campers. We ate delicious hot dogs. We ate s'mores!! We went to bed at 9:00 when it's too dark to do anything else. We drove home at midnight because it was too hot to sleep.

Ok maybe that last part isn't normal. But seriously, it was so hot without even the slightest breeze in our tent. We tried to sleep for about 3 hours and decided to pack it up. Later we checked the weather and it was still 85 degrees at midnight. It was an adventure to pack up everything in the dark and drive the winding roads home so late!

All in all, I call it a success. It was a much better experience than I thought it would be. I think we're planning to go again in September or October!
Posted by Melissa at 10:45 AM No comments:

I came home the other day to find this: 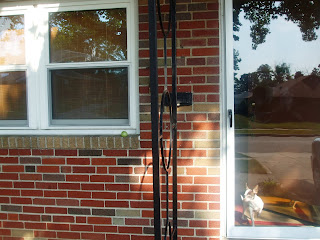 No, not Jackamo waiting for me happily. Here's a closer look: 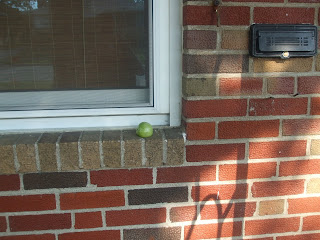 Half a green tomato from our our garden! Some sneaky squirrel ate half a tomato, brought it from the backyard to the front, and left it right on our front windowsill. Gusty move, squirrel. It's so in-your-face!!
Posted by Melissa at 10:16 AM 1 comment: